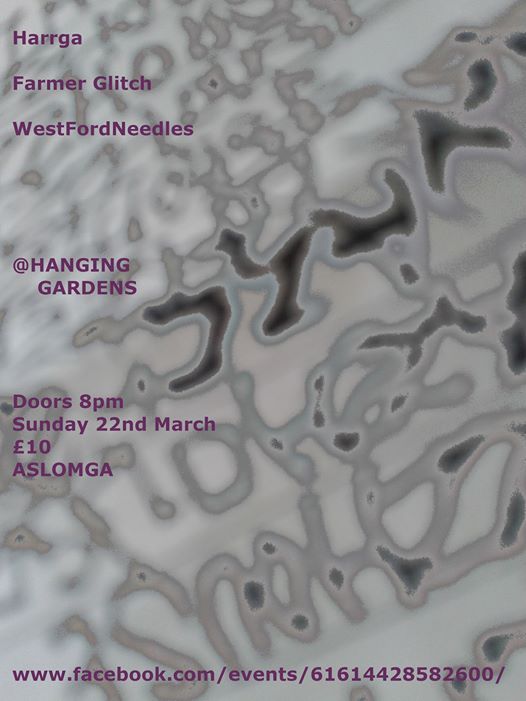 Harrga:
The project began mid-2017 as an outlet to create, without a motive or political intention. Soon though, the escalating Migration Crisis could no longer be ignored. They felt compelled to pay tribute to the ‘Harragas’ (people who cross borders illegally and must burn their papers, thus losing their identity.)

Héroïques Animaux de la Misère’s music is a meditation on the horror of that which crevasses borders. A great deal of state refugee policy is aimed at the silencing, repression or denial of the horrors of migration. The anxieties connected to and generated by refugee movement reflect the transgression of borders, including borders between the human and inhuman, as well as the failure of containment, borders and border walls as a response to crisis.

Turning white innocence in the Black Mediterranean into a survival horror show, Harrga tries to hijack the diasporic sound trajectories. The nomad war machine and all the Swarmachines from the liminal space of exchange and migratory fluxus.

Dali de Saint Paul mixes poetics and politics, singing in French, Darija and some English. She spits with fire and fury, though there is a tangible compassion in her pained lamentations. Paired with Miguel Prado’s singular, amorphous noise-design, they conjure a seething and thoroughly anomalous vision of contemporary industrial music
From The Quietus: 'Early on in They Can't K*ll Us Until They K*ll Us, Hanif Abdurraqib writes of the necessary toothlessness of joy. Joy, being something we cling to at our most wretched, isn't meant to bite back. This toothlessness, though, can make joy feel like a guilty indulgence in our fraught era. After all, I want teeth to bite with. Even if I'm a useless Pekingese puppy nipping pathetically at the ankles of corrupt, entrenched power, I want to bite. I want to cling to the things that have teeth, that will galvanise me, that will sharpen my own. Harrga's Héroïques Animaux De La Misère has rows and rows and rows of fangs, each tipped with venom.
A collaboration between vocalist Dali de Saint Paul and Miguel Prado, Harrga's debut LP is the second proper long-player from the Bokeh Versions-affiliated collective Avon Terror Corps (after the dish-rattling Mezzi Umani Mezze Macchine by Kinlaw & Franco Franco). Over the last few years, Bokeh Versions have established their own distinct, idiosyncratic dialect of dub with a complex vocabulary, proving themselves to be one of the most essential labels going. (Just this year, they've released Jay Glass Dubs's absolutely immense Epitaph, Sikka Rymes's blunted Love Di People, and the fourth-world dub excursions of Sea Urchin's Tahtib.) Now, with two releases and a comp under their belt, it seems like Avon is preparing to do the same with mutant, industrial noise.
Harrga's contribution to this exciting, heady beginning is a thirty-odd-minute-long interrogation of the migration crisis, exploring European complicity in the horrors that refugees experience. Or, I should say, that is what I understand it to be. As a typically thick American, I speak one language competently (English) and another incompetently (Italian). The bulk of Héroïques Animaux De La Misère's lyrical content is in French or Darija, so mostly, I'm at a loss. It doesn't matter, though – Dali de Saint Paul's varied, technically incredible vocal performance contains an impossible density of feeling, requiring no translation. When she spits words, you can almost hear her seething between lines, the sound of each phrase ringing out furiously, righteously. When de Saint Paul lashes out, her delivery never feels wild – even at its most extreme – but always, always perfectly controlled, like a viper striking with exacting precision.
Miguel Prado's harsh electronics perfectly compliment de Saint Paul's performance, giving her just enough room to manoeuvre. His instrumentation is devastatingly heavy. Sometimes it burbles and shrieks, as on 'Le Mer'. Sometimes it knocks and thumps, as on 'Artaud'. Often, it's joined by field recordings both placid and distressing, giving some of Harrga's compositions a distinctly collage-like feel. Prado's backing tracks, though they can be bleak and unsettling and unsparing of their listeners, possess great animus, and the grim sort of beauty one might encounter in an excellently framed war photograph.
https://thequietus.com/articles/26625-harrga-hroques-animaux-de-la-misre-review'

Farmer Glitch
"It's weird, because if you say you love Yeovil to people who live here, they just look at you like you're crazy," says Kek-W, who along with Farmer Glitch is the public face of Hacker Farm (third member Bren prefers to remain in the background). "But when you're rooted somewhere and you know your surroundings, you know the streets, everything's loaded with memories. It's great. It's a kind of magical world, even though it's just a generic market town. I love it."

The three first bonded as teenagers when punk hit in the late 70s, playing in a succession of bands and remaining active on the local scene as other participants came and went. Kek attended university in Bristol before returning to Yeovil for good, while Farmer Glitch moved to Hong Kong in the late nineties, co-founding DJ/electronic music collective Digital Cutup Lounge, who in addition to their own recordings and performances - in Hong Kong, China and other parts of Asia - created remixes for Nelly Furtado, Asha Bhosle and Barry White. Kek meanwhile ended up in psychedelic noise band Ice Bird Spiral, whose improvised shamanic theatrics took them as far as the Kraak Festival in Belgium.

With Glitch returning to the UK in 2003 and continuing to make electronic music, Hacker Farm were formed in a Yeovil pub in 2009, on the night that Michael Jackson died. "I just remember the TV being on and we were having a drink and Farmer Glitch said, you know, maybe we should do something, and as we were talking about it there were ambulances outside Jacko's house." An intersection between Kek's passion for freeform noise and Farmer Glitch's interest in circuit bending, plus his desire to get away from laptop music-making and sample-based sounds, Hacker Farm were from the start as much about building and recycling their own noise-making equipment as being a band. Music, films, packaging and promotion combine art, subversive intentions and a wry sense of humour that to my mind recalls a less commercially-focused KLF, utilising electronic music as part of a broader artistic statement that can be read on any number of levels. They even make their own cider, emblazoned with the slogan "home brewing is killing music."

The Quietus caught up with Kek-W to discuss the initial motivation behind Hacker Farm's M.O. of making their own electronic instruments, and how this fitted in with their wider aesthetic. "Farmer Glitch was well ahead of the curve on that," he explains. "He was starting to circuit bend a couple of things, but I've got no background in electrical stuff at all. Over the years I'd gone through the analogue thing, then I'd got into digital synthesisers, but I really like the idea of using stuff that's a lot more random. It seemed to be where I was going in my life at the time, and certainly where Farmer Glitch was going. 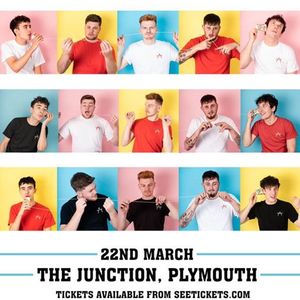 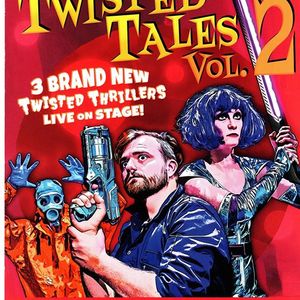 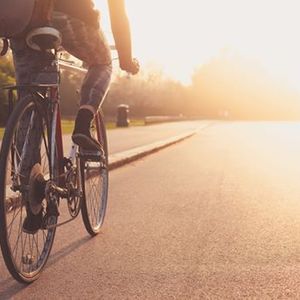 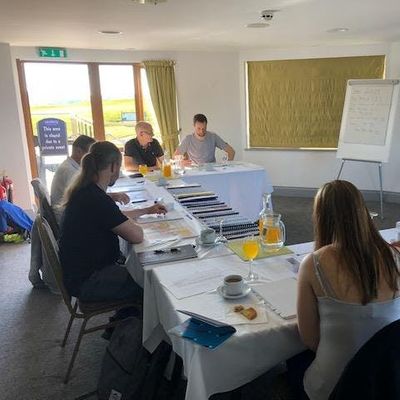